Skip to content
Visit us
Back to all cases

As part of ACV, LBC-NVK has for many years been looking out for employees and executives’ well-being both at work and in their private lives. Perhaps you’ve already come into contact with them at one point. Or maybe not – hence why LBC-NVK came a-knockin’ on our door. In a labour market that is forever changing and in which (increasingly highly educated) employees are more self-reliant than ever, it’s all but easy for trade unions to maintain contact with their members or to attract new members. High time to rid the union of their outdated image and bring about a change in mindset among their target audience? Exactly. Here’s how we launched LBC-NVK’s very successful – if we may say so ourselves – rebranding campaign!

We started LBC-NVK’s rebranding trajectory with a pilot project in several niche companies. The assignment for our Story Key was, then, to see if we could pin-point the right accents and messaging on a small scale, ultimately making the union more appealing to their target audience as a whole. The core of our story became: ‘Never work alone’, the idea behind this umbrella concept being that LBC-NVK is not only there for people when they reach career milestones, but also acts as a beacon of support during the key moments in life. For example, you can go to LBC-NVK with questions about your first job, a raise or a conflict in the workplace, but also if you’re struggling to maintain a good work-life balance or wish to request parental leave. In short: you never work alone with a friend like LBC-NVK by your side. 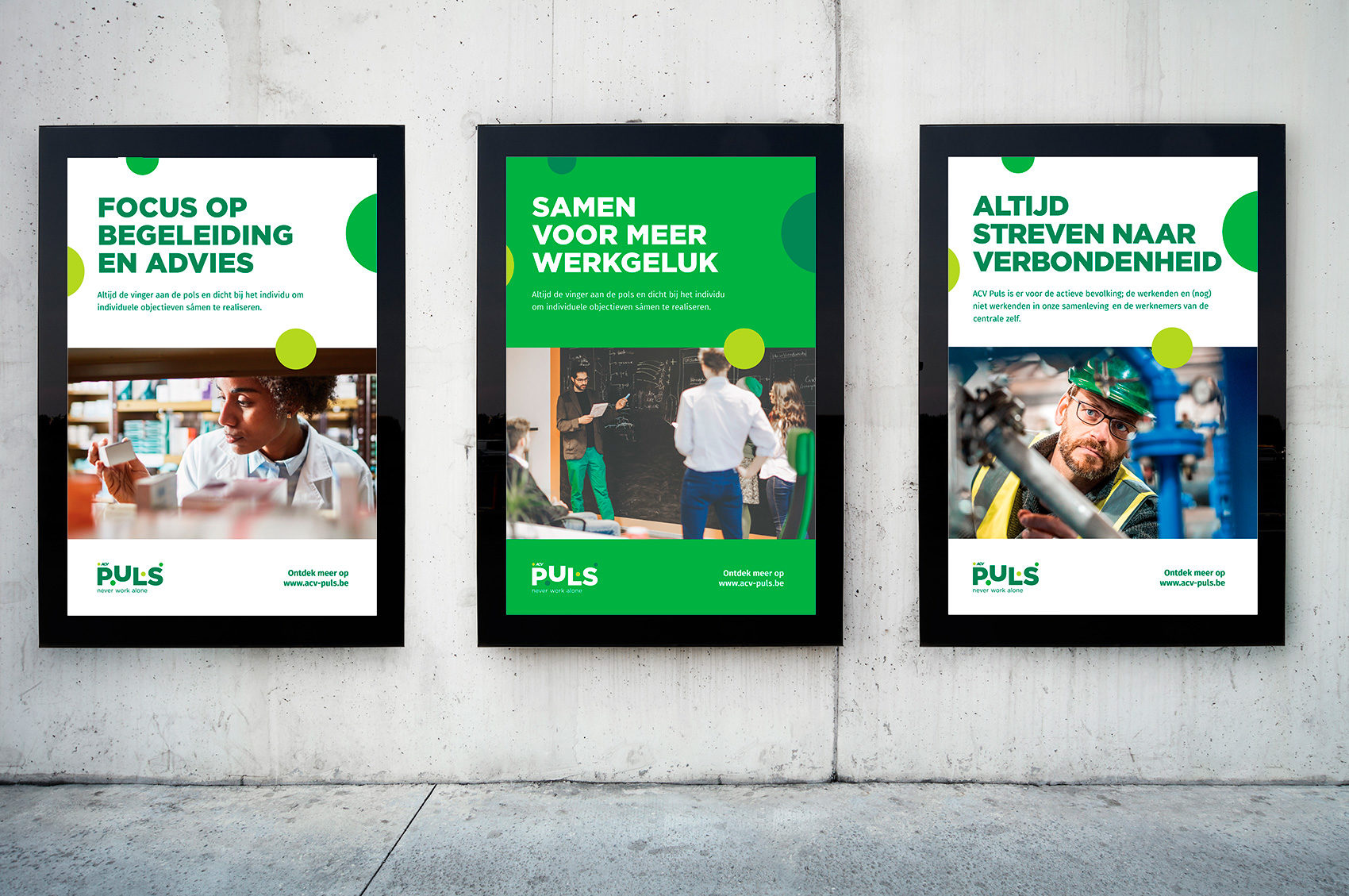 Onlyhumans has the finger on the pulse

The ‘never work alone’ campaign proved to be a hit, and LBC-NVK set Onlyhumans to work (no pun intended) to make their entire rebranding a success. Which was no easy feat, mind you, as the organisation had already been in search of a new brand identity for quite some time.

Onlyhumans to the rescue, then! First, we further developed LBC-NVK’s story strategy-wise and made sure we agreed on a mission and vision. Next, we used the same story as inspiration to come up with a new name, finally agreeing on ‘ACV Puls’. The new name made perfect sense, as ACV Puls is not only an organisation that keeps a finger on the pulse but also gives people the impulses they need to find happiness at work.

To complete the picture, we worked out the new brand from A to Z in a brand identity book. We included all strategic and substantive elements to the rebranding in detail, from brand promise and positioning over the story behind the brand name to the tone of voice.

Dotting the i’s and crossing the t’s

In addition to a well-thought-out name and strong identity, a brand naturally also needs a clever visual design. On to the next step: giving ACV Puls the required creative depth in an elaborate house style guide featuring all the logo variants, the use of colour, typography, possible applications, and so forth. As a team player who supports workers during the key moments in their career and private life, conveying a human image was especially important for ACV Puls.

To make the new visual identity all the more powerful, we immediately gave LBC-NVK’s existing promotional materials an ACV Puls make-over – completely in accordance with the house style guide, of course. Ultimately, we overhauled flags for demonstrations, posters and notepads for the workplace, various templates, and more. 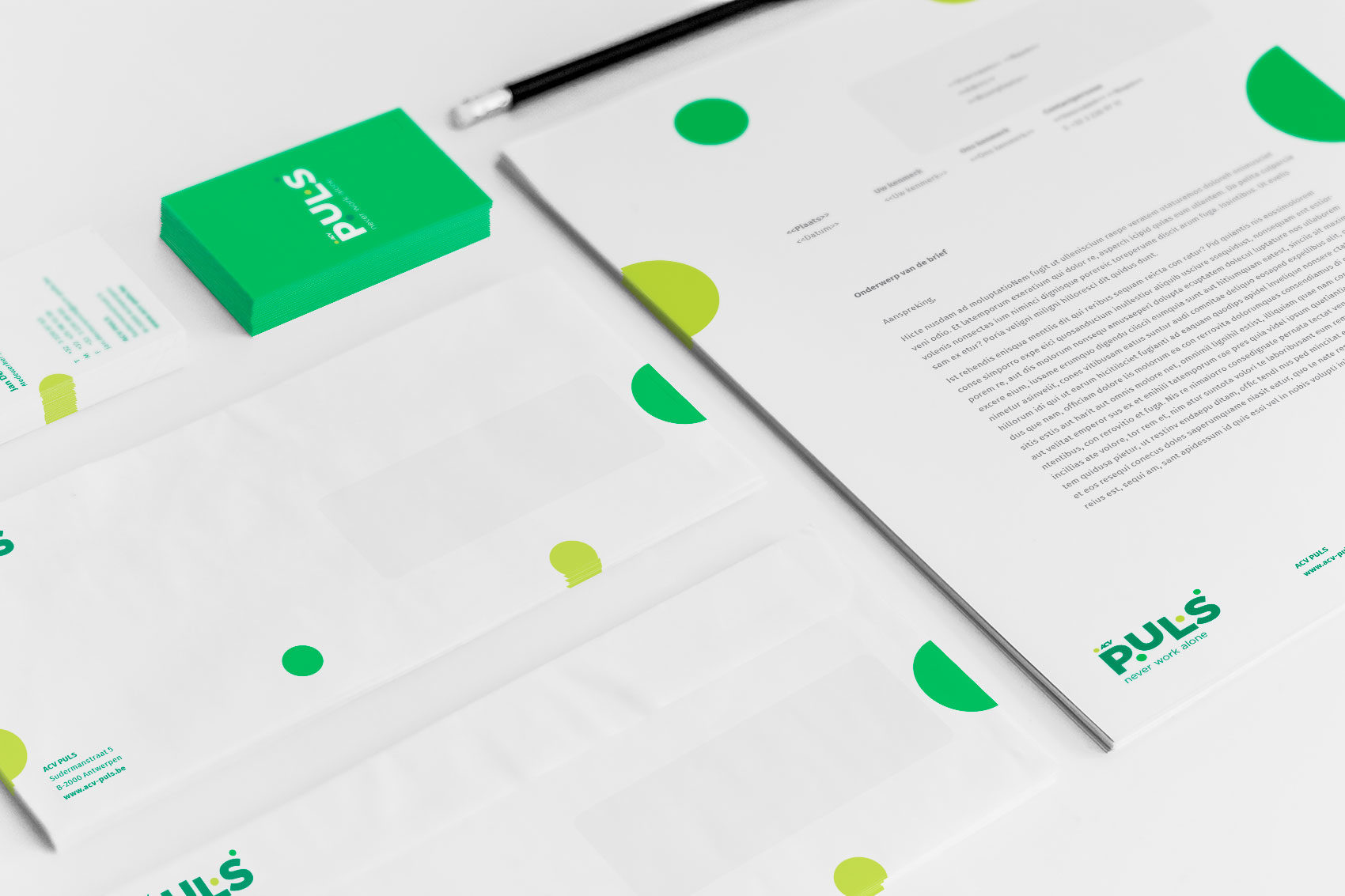 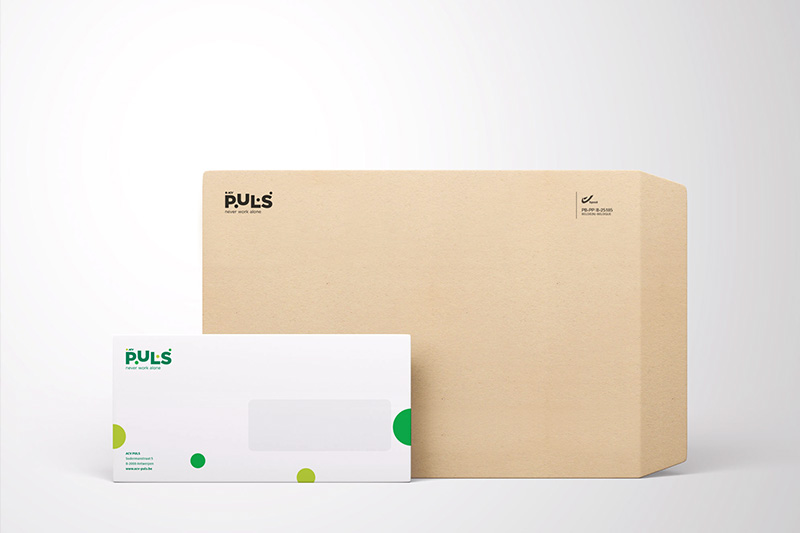 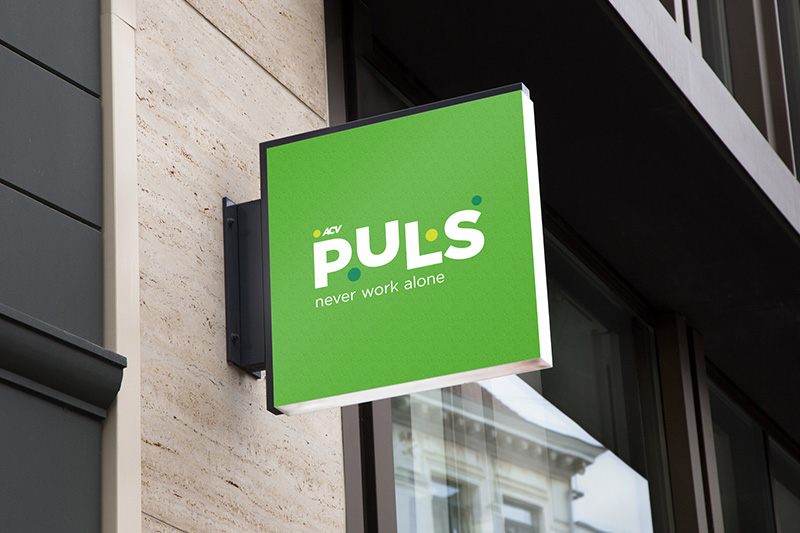 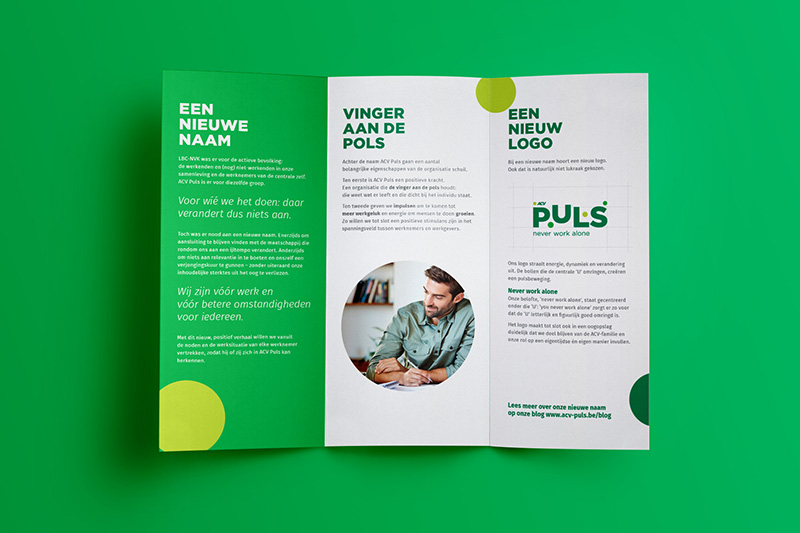 Ending with a bang

Once the content and graphics were in place, there was still the matter of presenting the new brand identity to the world. Again, ACV Puls enlisted the help of Onlyhumans. To tell the story right and to ensure the new brand would really strike a chord with the members, we worked out a complete scenario for the launch.

The launch turned out to be a lively gathering, for which Onlyhumans provided both the content and the video material. Throughout the event, we treated everyone who attended to interesting – speeches interspersed with clever videos and all kinds of small ‘puzzle pieces’. At the end of the evening, when the new name was revealed, the pieces of the puzzle fell together under enthusiastic applause.

To end with a bang, we closed off with a video shot in true ‘The Mole’ style, showing how attentive spectators could have guessed the name in the course of the event by spotting numerous hidden tips. How we made all that happen? We had the ACV Puls chairman wear a clever disguise, shot some images with a hidden camera and punctuated the entire event with enigmatic hints.

The collaboration between ACV Puls and Onlyhumans has been a fruitful one, to say the least. Will you be hearing more about it in the future – explicitly or subtly hidden between the lines? You can be sure of it!